Introduction Of Our Headquarters Building 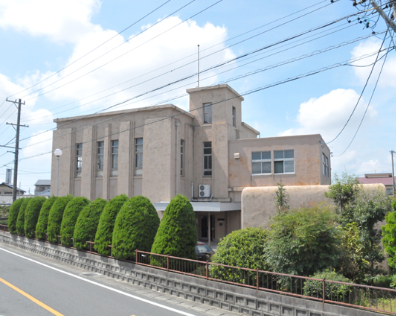 The continuous two-story pillars on the outer wall and the tall narrow window are located in each room.

The parapet at the top is a distinctive design.

As a typical telephone relay station constructed by the Ministry of Communications in the early Showa period, one of the few modern heritages.

TOYOTEC headquarters warehouse Registrated as a heritage as a part of the historical landscapes in Japan.

Building area of ​​38m2, in the one-story reinforced concrete building, open a window to the east and north, and the entrance is located at the south.

The exterior wall is mortar finish same as the headquarters building and it makes a sense of the unity of the building and warehouse.

The warehouse contrasted with the headquarters building is the appearance of taking the corner and side rounding off the upper end, and the windows is close to the square. 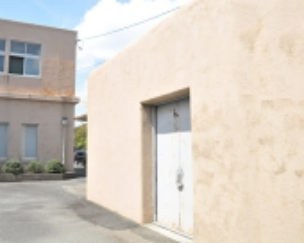 The Story Behind TOYOTEC HQ Building

Our headquarters building is the two-story reinforced concrete, and remains the appearance at the time constructed except for the part of north side 2nd floor expanded. Total floor area is 612.45 m2 in the era of the telephone relay station. In that era, the first floor had the power room, the battery room and the night duty room, and the second floor had the machine room installed with the repeater. For this reason, the pillars is closely aligned in the building, the floor height is more than 4m. The building has no interior decoration. The building was renovated to use as a office room, currently it is used as a TOYOTEC headquarters building.

The appearance of the building is characterized by the horizontal eaves of the roof and tall narrow window, the stud and pillars with repeat type.
In particular, the pillar and stud exposed on the outside are stopped in front of the roof eave, which made ​​the space between the pillar and the stud.
In addition, like a stair-step to the edge of the pillar, it can be seen the design of the Ministry of Communications at the time.
It is believed that there was a standard specification to construct the telephone relay station building. Because the design and architecture, the building size and room placement is very similar to the 1st telephone relay station building in Kameyama.

Board of Aichi Prefectural Education has taken a architectural survey since 1992, and the book “Modern heritage in Aichi Prefecture” including TOYOTEC headquarters building was published in March 2005.

This book was introduced by the integrated research report of modern heritage (Buildings etc.) including representative 200 modern heritages in Aichi Prefecture 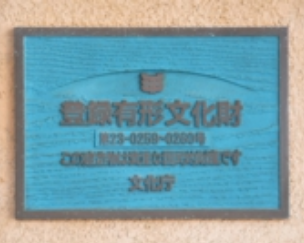 The telephone relay station building in Kameyama was built in December 1924, and it has opened partially since August 1925. Kameyama in Mie Prefecture is located almost in the middle between Nagoya and Osaka.

After the telephone relay station in Ashigara has been operated since November 1926,

The telephone relay station building in Toyokawa is very similar to those of Kameyama, it seems that there was a standard specification.

The structure of the building with columns and beams has large studs arranged in dense, tall narrow windows lined up in the meantime.
The floor height is over 4 meters. Although both the exterior and interior is mortar finish, the floor of the staircase and handrail is terrazzo finish

In 1985, TOYOTEC purchased it, carried out the renovation and preservation, and has used the building as the headquarters building.

From Tokyo (Narita Airport): About 4.5 hours.

From Osaka (Kansai Airport): About 3.5 hours.

1. Take Meitetsu-line from Central Japan Air port, change trains at Nagoya.
2. Take Tokaido-Shinkansen from Nagoya to Toyohashi and change trains.
3. Take Iida-line from Toyohashi, and get off at Toyokawa
4. Take a taxi to TOYOTEC